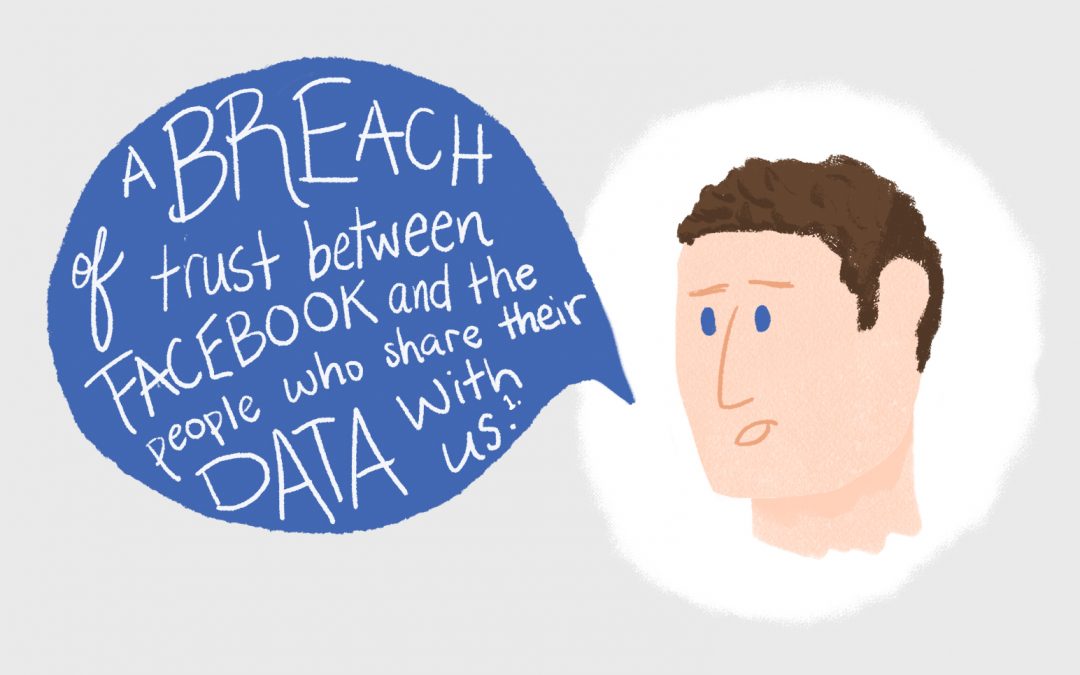 In March of 2018, whistleblower Christopher Wylie told The Guardian that a data company had used 50 million Facebook user’s data to influence the 2016 US presidential election. A #DeleteFacebook movement ensued. Facebook’s stock plunged 18%, a drop of about $80 billion in market value.

People are not happy with the social giant.

If you’re a marketer (like me and 94% of people surveyed by Social Media Examiner in 2017), you need to be prepared to talk about this fiasco. Specifically, we need to be able to answer two important questions:

It’s a convoluted story—and there’s still a good deal of investigation going on.

So we’ve broken it down into an illustrated narrative. Enjoy it, and share this post with your team—the better we marketers understand what happened, the better we can plan for the future.