Why You Should Balance Paid and Organic Search Marketing 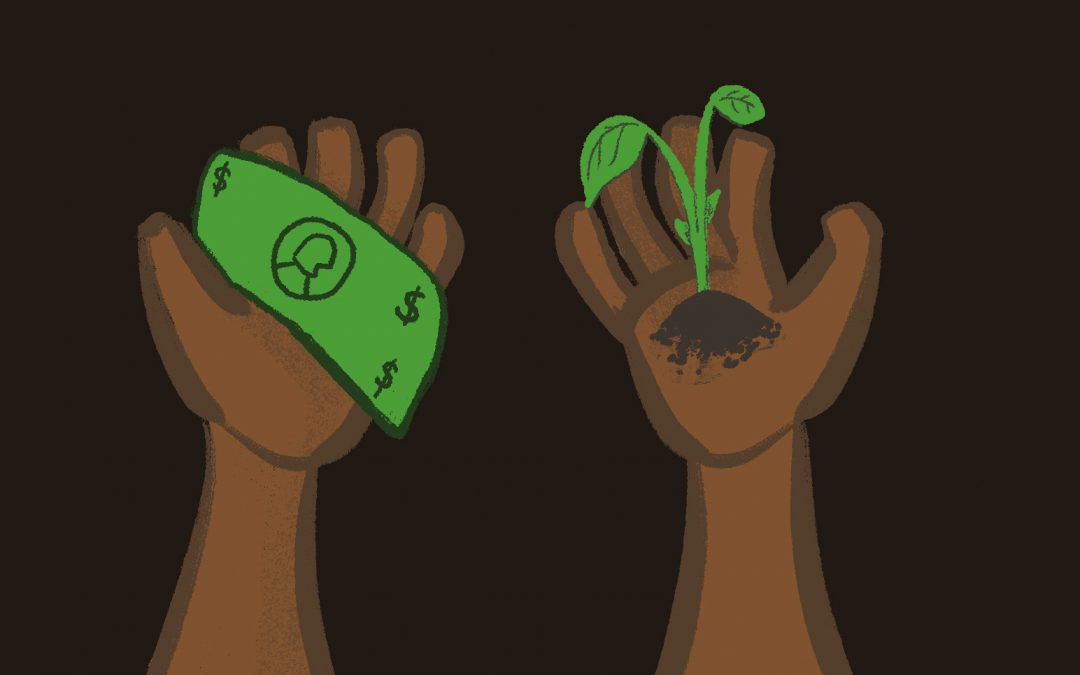 Search marketing involves a mix of paid and organic methods—but those behave differently over time. I take a look at why good organic search marketing tends to increase in ROI over time, while even the best paid campaigns will simmer down. 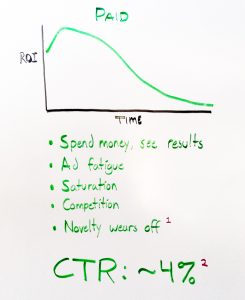 Although paid marketing has some built-in analytics that let you see how money spent results in pageviews, clicks, and conversions, there are a few forces that almost guarantee its ROI will go down:

Why organic SEO increases over time: 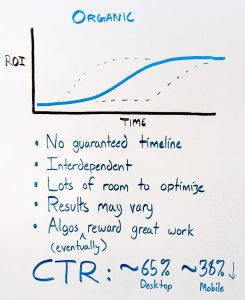 Assuming you’re in step with Google’s algorithms (and making content that answers the questions people ask), you’ll see your organic content do more and more work for you over time. It starts slow, but can have a flywheel effect later on. A few reasons for this include:

The long and short of it

When you put the two channels side by side, you see they have complementary pros and cons: 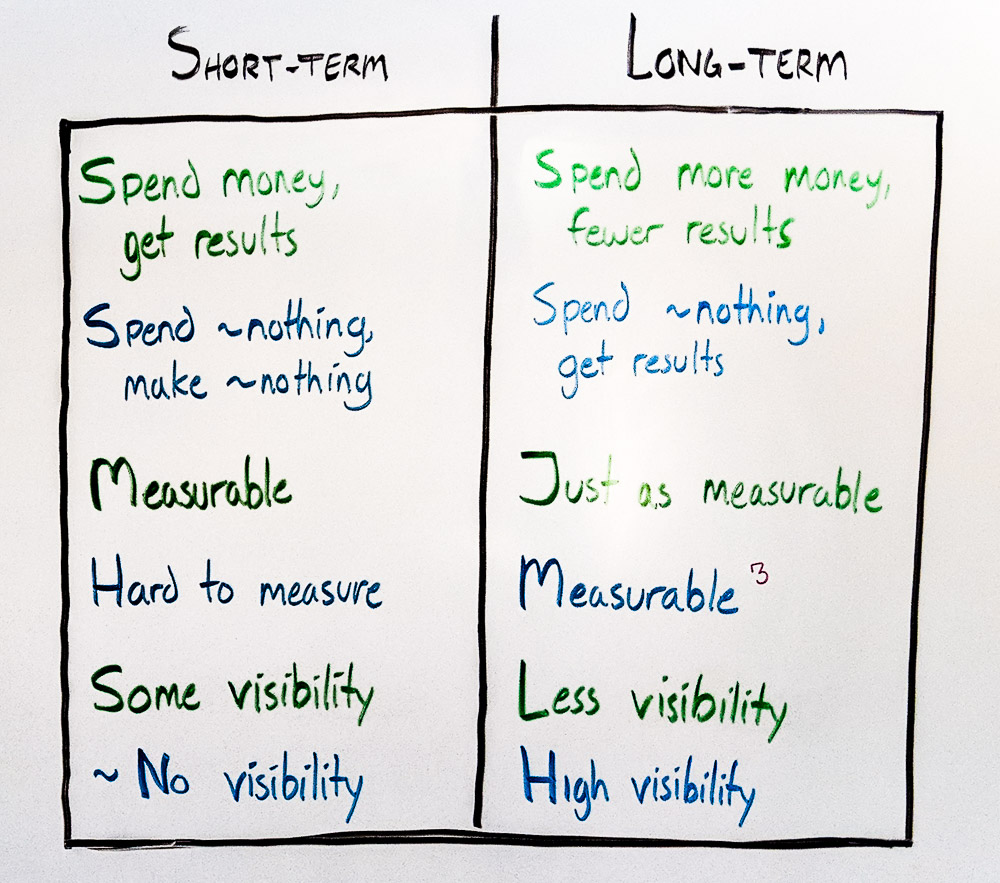 Mentioned in this video: